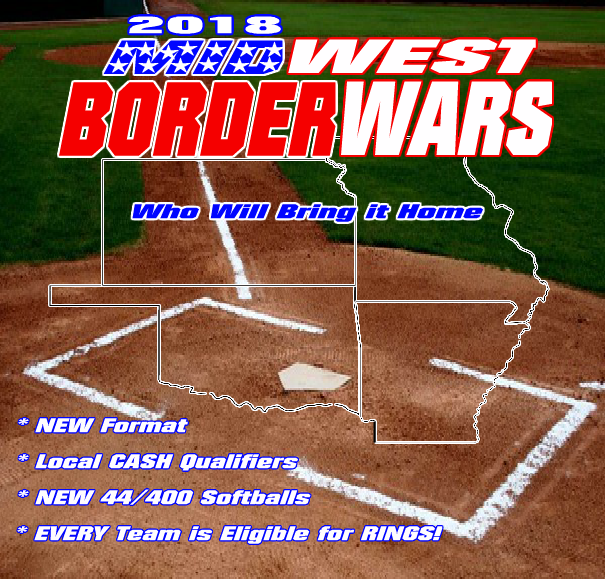 Jeff Pruis has been with NSA since 2008 when he started as a League umpire in Springfield, Mo. In 2010 Jeff was promoted to Southwest Missouri Area Director and started hosting tournaments there in Springfield. Jeff quickly grew he Southwest Missouri Area not only in Springfield but would have tournaments in Joplin & Branson as well. In 2016 Jeff took over as Missouri State Director as Mark Balven retired from that position. Jeff has continued to keep a well ran program that Mark had developed there in Missouri while expanding out to other States. 2017 Jeff was also named the Kansas State Director. As 2018 approaches, Jeff has been given Oklahoma and Arkansas to be added to his State Director roles and is currently developing the Midwest NSA Region. We're excited to have Jeff on board with Oklahoma NSA and look forward to his continued success and growth of NSA in the Midwest.
NEW State Umpire-In-Charge!!
REGGIE CLEMENT "STTTRIIIIIKKE" has been appointed as our State UIC

​No move up points received for winning an NIT
The annual NSA Convention in Myrtle Beach, South Carolina has come to an emotional end on Thursday night as founder and CEO Hugh Cantrell resigned and named Bill and Kathie Horton new owners of NSA/BPA.

Any roster changes need to be done by 12p.m. on the THURSDAY before your scheduled tournament.

Depending on a players point rating, adding a player to your roster could change your class rating. With this possible there will not be any player additions allowed after Thursday before a tournament and/or after the bracket has been drawn up.
ENTRY FEES: Oklahoma NSA will reserve the right to collect tournament entry fee's from teams that back out of any tournament after the bracket has been generated. Failure to pay the tournament entry fee will result in suspension on the team and all players on the roster.
​NEW MOVE UP RULES

The only mandatory move ups are the Super Champions in Gold, Silver and Bronze. The Elite Super Champion remains as Elite.All other move ups will be handled by the Zone VP and their committee. The Super World Committee can deny a team entry into their Super and or reclassify them to a different class.
Procedures for Adult Coaches and Players
Adult Coaches:
1.        Players will give the coach they want to play for their Player number.

2.       Coach signs in to team account and starts building roster by putting in player numbers to be added automatically to the roster.

3.       No more Coach sending invites and waiting for Player accept.

5.       Player is officially on the roster once they sign the printed online roster.

This is NSA’s way to make the process easier and simpler for coaches and players.
If you have any questions or concerns, please feel free to call the National Office or email us
sritchie@playnsa.com

Compression is the hardness of the ball When high compression and lower COR are combined, the impact rises to a point that it is beyond severe levels. The harder the ball the less flex it has on impact. An impact of a .44/375 ball has the initial impact of about the size of a quarter. Now the force of the ball is transferred into the impact that spot. The ball does flex somewhat after the initial impact but the damage has already occurred.

High COR balls A high COR softball will reverse direction much quicker on impact lessening the force transferred to impact spot. By the ball rebounding away from the impact spot the damage is reduced by a great deal.

Compression Now lower the compression with a high COR ball and you now have an impact spot is about 2 times the size of a low COR ball. That means the energy that gets transferred does so over a bigger area lessening the force dramatically. Think of having 2 hammers. They both weigh the same but one is a ball peen hammer and the other is a roofing hatchet. The ball peen hammer has an impact spot no bigger than the head of a nail and the roofing hammer has an impact spot the size of a half dollar. Which one would has to strike a hard surface like a skull harder in order to break it? Or take a ball made of metal (hollow of course) and a tennis ball. Both the same size and weight, which one would you rather be hit by?

Scary Part I Severity Index (SI) is the measurement of the impact on a National Operating Committee on Standards for Athletic Equipment (NOCSAE) http://www.nocsae.org head form. Anything above 1200 SI can kill you. Anything close can kill you.
During my testing using an American Association for Laboratory Accreditation (A2LA) http://www.a2la.org accredited NOCSAE approved test facility we performed head form studies. These tests were performed on NOCSAE head forms and impact data collected through force load transducers. .44/375 softballs were constantly testing above 1800 SI. Many tested above 2400 SI. And some tested as high as 3600 SI. Now it is proven that SI’s above 1200 will break the skull and or cause severe brain trauma. This is unacceptable in recreational sports.
Now the high COR balls using the same test and the same facility yielded impacts of less than 500 SI, we tested the balls at different weights and none of the ball that were within an approved spec tested above 500 SI that we tested.
I also tested a couple of .50/525 balls and found the less dangerous than a .44/375, still way above the 1200 SI.
Peak G’s is the G force that the Brain can take before you have severe brain trauma. 180 peak g’s will cause a severe brain trauma. Anything below 170 is acceptable. With the new balls they tested around 157 to 165 balls at 165 are not being made by me or anyone else unless their ball fails the specifications. I did extensive testing on different weights. As long as the balls are made at less than 6.7 ounces they will pass the peak G’s no problem.
So a brief review we can make a ball that is safer for play. Keep 300 foot fences in play and not lose the home runs. Have a ball that is much less sensitive to cold or heat, and allow softball players to go out and have fun like we used to do without the fear of dying every time a ball is hit at them.

Scary Part II NOTHING is safe traveling at you at 100 MPH, even a tennis ball can kill you if it hits the exact spot at the exact time. But this ball is much safer than what we have made in the past. Nose, fingers, and other bones can still be broken but the skull structure will be much less affected by this ball than before. Article written by Kevin Schullstrom of A.D. Starr Sporting Goods